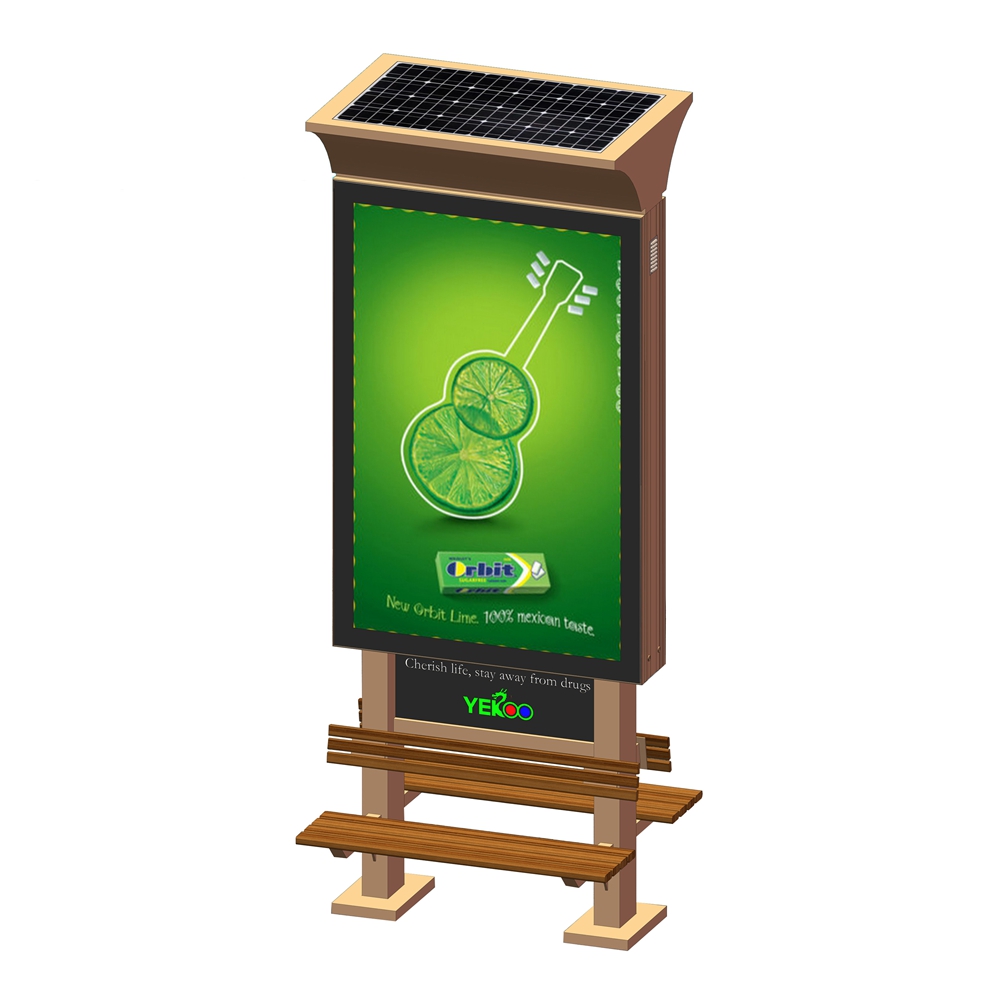 For the outdoor advertising value of the advertising box, it is reflected in the streets of the city. Specifically, how to promote the development of the modernization concept of our city?

1. Beautify the effect. Nowadays, many garbage bins have far exceeded the garbage storage function, but the functions of decorative effects in the corresponding environment are more prominent. The same is true for advertising boxes, which provide us with a cleaner, cleaner living and working place. At the same time, through the creative advertising design, it also brings us a more beautiful feeling, so as to achieve a certain urban beautification effect.

2. Green effect. For the advertising bin, the environmental value it has is what we all see, so it has made a great contribution to the actual urban green space. This is undoubtedly a highlight of the construction of a modern and harmonious city in China.

3. Information transmission. Most of the advertisements on the advertising boxes are public service advertisements, and these facilities have played an important role in raising the public awareness of urban residents. It conveys the city's information to us in a way that we can more accept, thus playing a greater role in the actual effect of information dissemination.