What Are the Advertising Advantages of Street Lamp Pole LED Display

The  Street Lamp Pole LED Display is centralized management of brand information by the enterprise, and then the designed advertisement display information is transmitted to people's eyes in an interactive manner such as images, texts, videos, etc., and the traditional advertising equipment is too passive to promote the publicity. While the Smart & Digital Pole LED display attracts people's attention, it also mobilizes the enthusiasm of people to participate actively, which in turn increases the number of advertisements that are placed on the LED display of the streetlight pole.

The street light pole LED screen signage occupies a small area, which can make full use of the space and greatly improve the practical rate of the pole light bar LED light display screen. At the same time, it has the characteristics of asynchronous reception and synchronous playback. The street light pole led screen signs not only has unique advantages in road guidance, road condition broadcast, information release, advertisement promotion, etc. but also plays an important role in the construction of the smart city. And the effect of advertising, the advantage of multi-point placement, the formation of scale effect in a certain area. For example, the Guangzhou road street light pole LED screen is placed on all the light poles of a certain road section, and the technology of networked simulcasting, dozens of hundreds or even more road light pole led screens simultaneously play the same advertisement, so that for the consumer or the visual impact of invisible consumers is very strong, and they can also deepen their memory of advertising, so this kind of advertising effect is no less than the outdoor led big screen advertising. 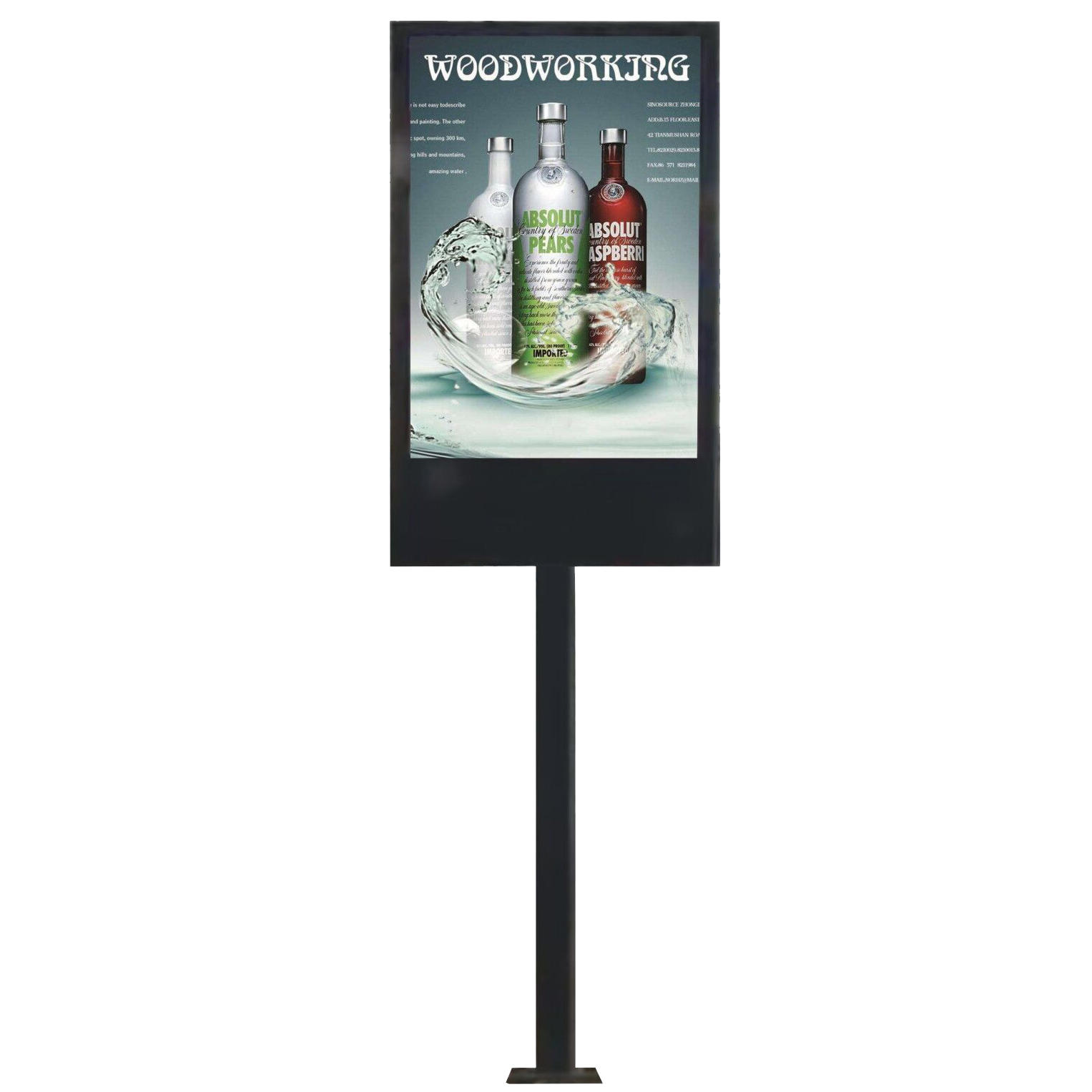